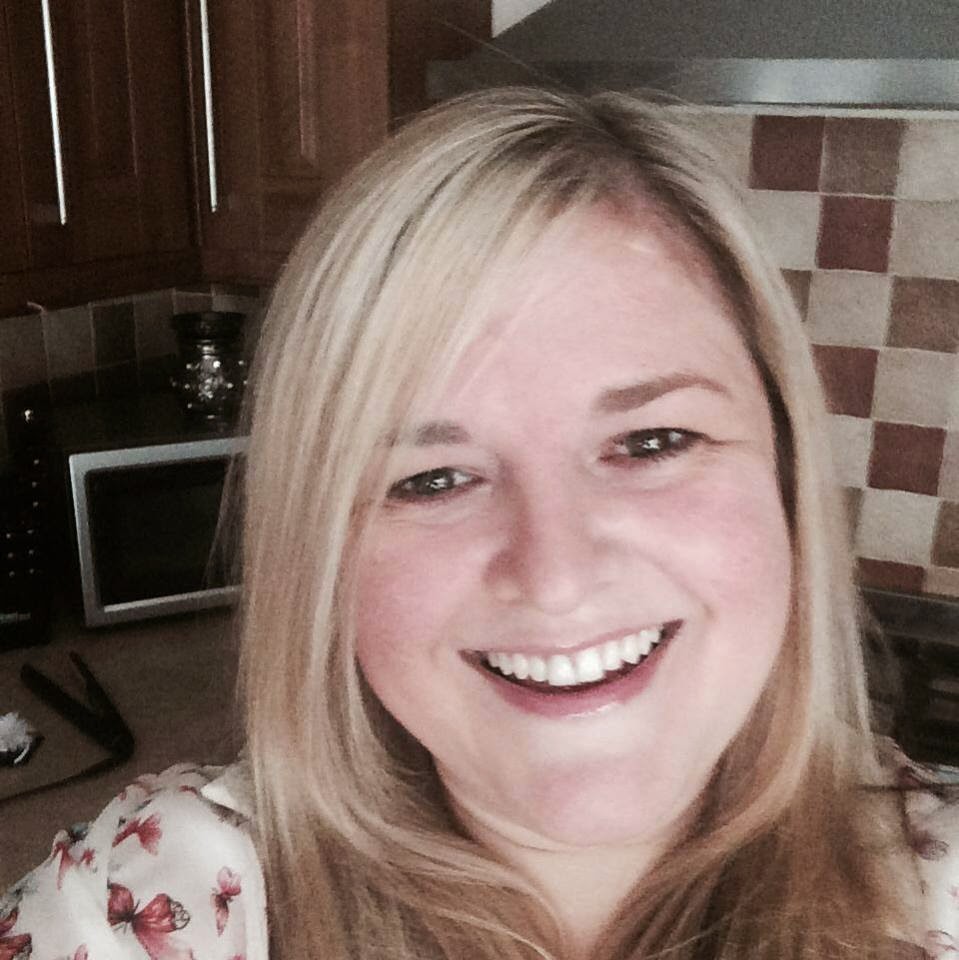 Hi, I’m Laura, I’m 39, a divorced mother of four teenagers and the only British one at KYBO (and yes I’m British NOT English, be warned ha)

I’ve always read since I was a little girl, long before ereaders were about! When I got married and had children, life got in the way and it wasn’t until the Darling Christian Grey (I’m not ashamed he’s still one of my fave book boyfriends) descended on us from above that my spark for reading was reignited and when I say reignited I mean full on 4th of July exploding fireworks kind of ignited!!
I now read at least 3 - 4 books a week but usually more than that. I don’t touch paranormal in any guise, apologies it’s just not for me, I’m a total angst whore and I love when an author goes against the grain and does the unexpected, I may hate it whilst I’m reading it but upon reflection I usually appreciate the break from the norm. I also get off on funny, if a book has me laughing throughout I’m going to rate it high, so funny & angst are my thing in a nutshell. I love M/M, I have no idea why but I do, Kristen Ashley is my reading crack, closely followed by Madelaine Sheehan but there are so many fabulous authors out there, both indie & signed that there isn’t enough room to list them here. I NEVER read the end of a book first (unlike a certain KYBO member that shall remain nameless!!)  I think it should be impossible to do so on an ereader haha.
So, how did I get here, running a book blog with 2 other girlies from the other side of the world??
In February 2013 Maya Banks released Rush and it was $9.00, I’d never really paid more than $5.00 for a book and the amount I spend meant it’d have to wait < insert sad face here!!
So later that day there was a thread about the release and I made a comment (a nice comment I promise) that it was a bit expensive and Amy pm’d me and said she’d loan it to me - I didn’t know her, she didn’t know me, it was just a random act of kindness from a complete stranger from some 5000 miles away.
And the rest as they say is history, despite never having met, we speak almost every day, we’ve both added international calling to our home landlines, we tell each other everything, there’s no bullsh*t and sugar coating with what we think and I can honestly say she is now one of my very closest friends, the epitome of a very modern penpal.
And as a sidenote, Rush wasn’t loanable, I had to buy it so I truly believe that mad crazy lady was destined to be in my life as sure as my very own children were - true story!
Holli's a friend of Amy’s and haswelcomed this uptight British bird into their worlds without question and they are truly two of the nicest women I know, along with, whacky, clumsy, quirky with a healthy mix of completely nuts thrown in!!
So, how do I fit into KYBO?? I’d love to tell you that I’m chilled, laid back and go with the flow kind of person but the girls (after they’d stopped laughing) would slay me for lying through my teeth!! I’m the OCD freak of this group, I like everything just so and done yesterday, which earns me lots of virtual eye rolling and get the f**k over yourself, stop sweating the small stuff often (but if you want something done, come to me, those three will still be pondering weeks later - no joke!!!) I’m fluent in sarcasm, I curse like a sailor but I’d like to think I’m funny, approachable & off the charts loyal, straight talking & honest.
The reading world is a strange beast, I get the passion that books evoke but I hate the drama that sometimes created for people who aren’t real and I will never get involved in that shit!!
However, as well as my three counterparts I have come across some wonderful people, both readers & authors alike that have truly enriched my life for the better - how can that can ever be a bad thing!!! 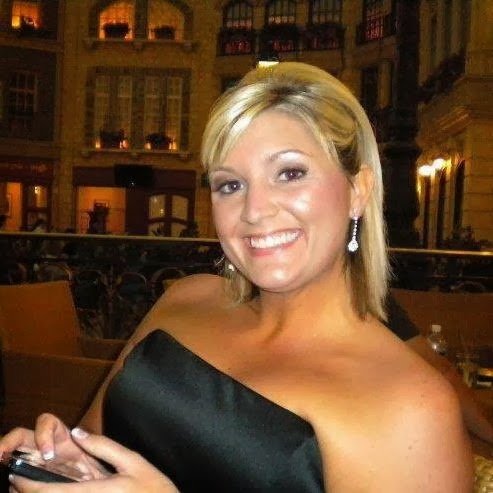 My name is Holli. I'm 32, but act like Im still in my 20's, cause I'm cool like that. I have a kickass 3-year-old daughter. I have been married 9 years, and my hubby thinks I'm completely off my rocker with all my reading and book obsessions. He frequently calls me a nerd. I have decided to consider that a term of endearment or I would be forced to throat punch the dude.

I'm a smart ass, I find myself freaking hilarious even if no one else thinks I am. I'm my own biggest fan. HA! For real though, I'm not nearly as conceited as I sound. I like to think I'm pretty down to earth, easy to get along with, and totally sweet as sugar. *smiling from ear to ear*. Also, I'm a bit of ditz. Seriously, I get confused hella fast. Just ask my cohorts here.

I freaking LOVE to read, and then analyze the shit out of what I read. It makes me feel kind of smart to do that. What can I say, I like to fool myself. ;) Oh, and in case you haven't noticed yet, I have a habit of cussing. I feel as though it really drives my point home.

I was roped into this book blog craziness by Amy,  whom I lovingly refer to as the blog nazi, Amy, and I are simply here to talk shit, do some book pimping, and look pretty while doing all that. It's a tough job, but luckily we are up for it. ;)

I have a major obsession with The Keatyn Chronicles by Jillian Dodd. No joke, I love that series and JD. If you haven't read The Keatyn Chronicles, or the That Boy Series you are seriously missing out. So hurry and read those. I also have crazy love for Kristen Ashley. Like, I will totally fan girl over KA. I have pretty much read everything she has ever written and she will forever be my personal book crack. She can pull me out of a book rut like no other. That woman is a master at writing about super duper hot alpha males. WHEW, I'm getting worked up just thinking about it. Alright, I think that's enough about me for now. If I'm not your cup of tea then hopefully my other 3 buddies here will be. More than anything I want people to get as much enjoyment and fulfillment out of reading an amazing book as I do. Happy reading ladies and gents, and Bless your reading hearts!!! ~ Holli 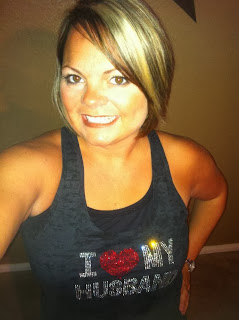 Hi, Y'all! Amy Jones here! I'm a 38 year old married mom of 3 kids and I live in the great state of Texas! Bless my heart! My wonderful (hey what if he ever reads this shit?!) husband and I have been married for 13 gloriously long years! He's my biggest cheerleader as well as my biggest critic! He wholeheartedly accepts that I'm a one click-book reading whore. As long as he reaps the rewards of my lady porn who is he to complain?
I've always loved to read! From Judy Blume as a child to some X rated paperback I found on the side of the road to my mom's harlequin romances! I had been on a reading hiatus for many years when a friend told me I HAD to read fifty shades of grey! That was in May of 2012! I have been on a reading binge ever since! I think we forget over a period what a truly great escape reading can be. Unlike some of my counter parts I'm not a total angst whore. I must have a happy ending and cliffhangers make me want to cut a bitch! Kristen Ashley is my go to author for an always badass read! I'm a huge fan of Julie Hockley and her debut novel "Crow's Row." Pretty much give me an alpha broken bad boy and you can wrap that shit up and consider it sold!I have a quick tongue, tons of whit (hey, bitches, I'm funny), a huge heart, inappropriate to some, cuss enough to make a fucking sailor blush, and I'm as loyal as the day is long! I took my book blogging dive with 2 crazy ass ladies!  We totally relate that everyone thinks we are insane because we talk about book characters as if we actually know them! Holli's a total sweetheart with an occasion to not get jokes right away and trip over her own two feet! She sounds great right?!My place in KYBO is easily known as the queen of all that won't sugar coat it. If I don't like it I won't promote it. Easy peasy!